Canny Scots are looking to 2023 for IndyRef 2 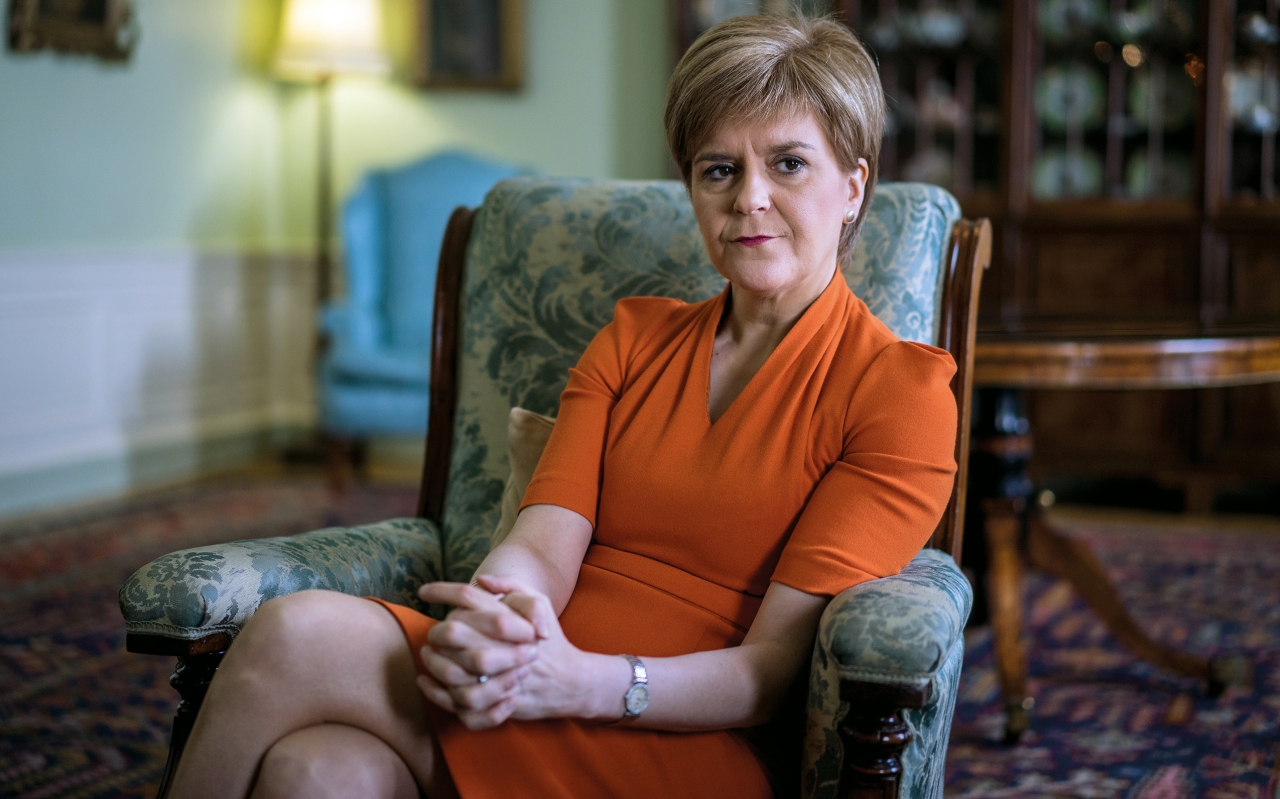 In June last year David Mundell, Conservative Secretary of State for Scotland, told the House of Commons that, “Scotland is not a partner of the United Kingdom, Scotland is part of the United Kingdom.” In strict legal terms Mundell was right. But politically, or better still emotionally, that is not how many Scots actually feel.

Many of them – probably by now a majority - have reached a point where they would feel more comfortable feeling a partner in the British enterprise, rather than being incorporated in it. Indeed, many of them would feel more comfortable if they were separated entirely from it. And some of those are pressing for that to be put to the test sooner rather than later in another referendum, what is known as IndyRef 2.

However, the whole debate has been horribly muddled, indeed put on hold by Brexit. SNP First Minister Nicola Sturgeon has declared that she can’t come to a view about IndyRef 2 until the whole Brexit thing has been resolved, or at least clarified Is Scotland to be in or out of the EU and if out on what terms? That question might be cleared up quite soon, though it depends what you mean about clarification. If that means knowing what Britain’s future trading relationship with the EU will mean in detail, that could take a couple of years and quite possibly longer. In turn that would have a knock on effect for taking a decision on when to hold IndyRef 2.

Nicola Sturgeon, a notably cautious politician, has already been wrong-footed once on Brexit and independence. Following the 2014 Independence Referendum, in which the Scots voted to stay inside the UK by 55 to 45 per cent, she declared that she would only be willing to contemplate a rerun if one of two changes occurred. The first would be a consistent showing in the opinion polls of support for independence of 60 per cent or more; or, secondly, if some material change occurred to Scotland’s constitutional circumstances.

After the 2016 referendum, when Britain voted to leave the EU by 51.9 per cent, but Scotland voted to remain by 62 per cent, Sturgeon judged that just such a material change had occurred. In the Spring of 2017 she declared that she would seek the UK Government’s agreement to hold another independence referendum. Mrs May immediately turned her down and then sprung her own ill-fated general election.

That turned out to be disastrous for May, but only marginally less so for Sturgeon. After its spectacular showing in the 2015 Westminster election, when the SNP won 56 of the 59 Scottish seats, in 2017 it lost 21 seats to pro-union candidates. By historical standards the SNP still did exceptionally well, but it was undoubtedly a set back and not least for Sturgeon’s plans to hold another referendum.

So two years on, where stands IndyRef 2? The SNP holds its Spring Conference in Edinburgh at the end of April and Nicola Sturgeon will be under a lot of pressure to declare her hand.

By then circumstances around Brexit may be present a clearer picture. But what about that other requirement Sturgeon pointed to in the wake of the 2014 independence referendum, that to contemplate another one she would need to see a substantial lead in the polls?

On that the polls have remained remarkably stable, with around 45 per cent supporting independence. That is significantly short of the 60 per cent that Sturgeon was looking for, but it still remains a historic high for independence support in Scotland.

To put it in context, when the last independence referendum was called, in 2012, support for independence was at around 30 percent. The campaign lifted it to 45 per cent and since then it hasn’t fallen back. Those arguing for IndyRef 2 say that, starting from this base another campaign has every chance of taking support beyond the required 50 per cent.

Beyond calculations about the optimum time for holding IndyRef 2 are three more immediate, practical considerations. First is the Brexit process itself. At one and the same time, if Brexit goes ahead it makes independence more likely and more difficult. It is more likely because Scotland’s support for remaining in the EU has provided it with a strong and distinctive national interest to leave the UK. But it is more difficult because a Scotland inside the the EU, with England outside, creates a hard border and underlines dilemmas over what Scotland’s currency should be.

Then there’s the not so small matter of getting the UK Government to agree that a referendum should be held at all. There is no likelihood of this in the immediate future. Mrs May is intransigently opposed, as will likely be the case with whoever succeeds her in the medium term. To be sure an SNP government could go it alone and hold an ‘advisory’ referendum. But that would be fraught with difficulties, since unionists would be tempted to boycott it and so undermine its legitimacy.

The third practical consideration is that the SNP government is getting long in the tooth. It has been fifteen years in power and survived three elections, which is already something of a record for western democratic systems. How can it construct a narrative to ensure it keeps a majority following a fourth election in 2021?

A partial answer to all three of these problems is to delay holding Indyref 2 until beyond the 2021 election. By then there is a good chance that the direction Brexit is taking us will have been resolved one way or another. If the eventual outcome is that Britain stays in the EU as a result of a remain vote in a second referendum, so much the better. Pitching for independence inside the EU is easier than outside. Moreover, a second EU referendum will provide a precedent for a second one on Scottish independence.

Delay will also give the SNP an opportunity to frame the 2021 election to give it with a fresh mandate to hold a another referendum. It could build the campaign around an invitation to the Scottish electorate to vote for the SNP to ensure a second vote is held. If successful, that would pile the democratic pressure on the UK government to allow a referendum to be held.

And finally, an election held on this basis would be calculated to provide the SNP with the narrative it needs to secure an unprecedented fourth term in government.

If this scenario plays out then we could be looking at a second referendum on Scottish independence in 2023, two years after the 2021 election. That will provide enough time for the kind of build-up that proved so successful for the SNP in 2014, widely regarded as a plebiscite the losers won and the winners lost. It will also be ten years on from 2014, time enough for a new generation of independence-friendly young Scots to have found their place on the electoral register.