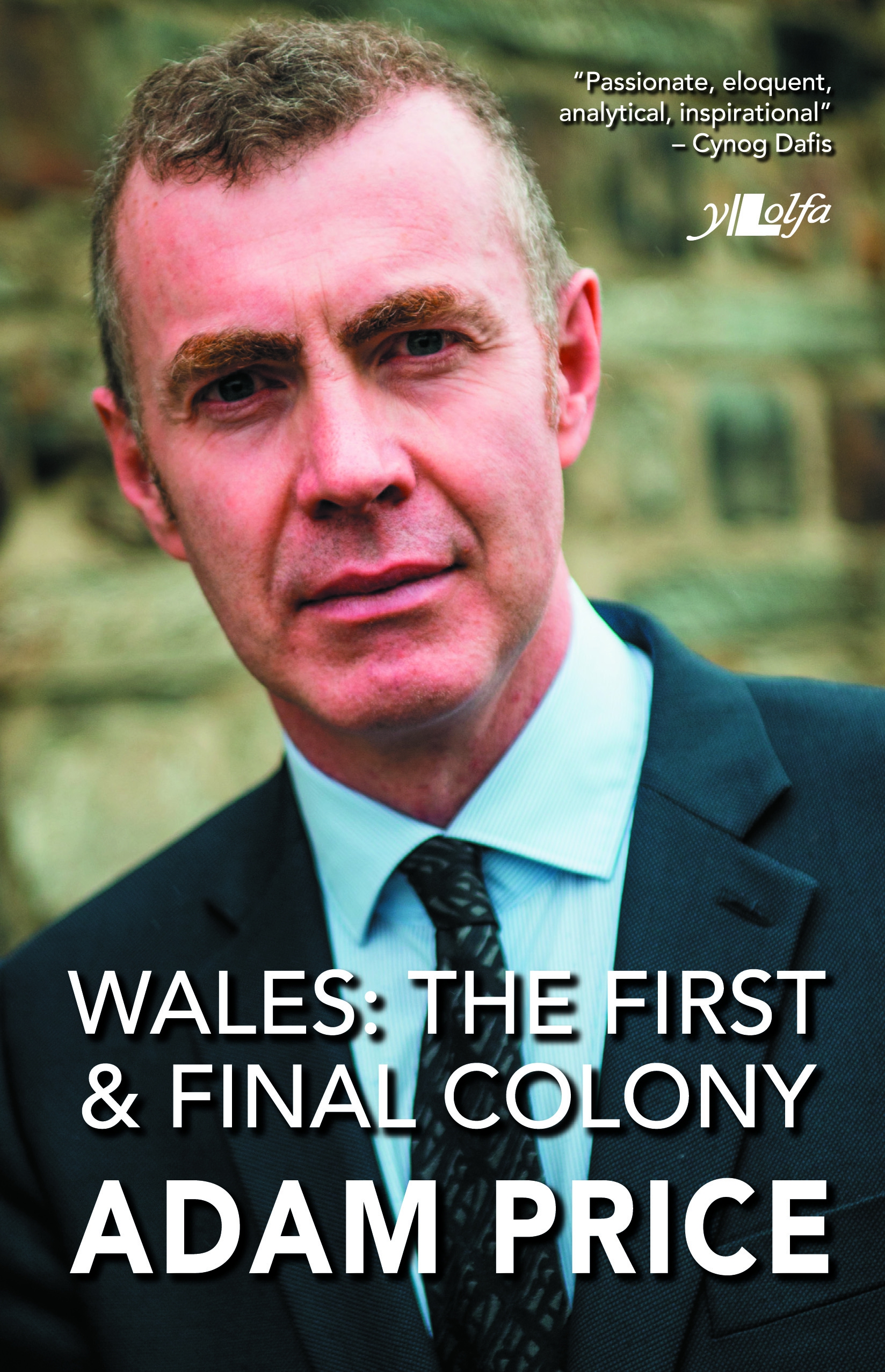 The publication of The First and Final Colony at the end of 2018 was perfectly timed. The product of two decades of activist thought and politics it was placed in our hands at the time when Plaid Cymru sought to transform itself, expand its membership, and gird its loins for the 2021 election campaign, after which it fully intends to form a new Welsh Government. The timing and sequencing was unmistakeably Adam.

The content of these speeches and essays, passionate, eloquent, analytical, inspirational, provided the raw material of Adam Price's leadership campaign last year and now indicates clearly the direction in which he wishes to lead his party and the vision he has for a new Wales. So if you want to know what Adam Price is about (politically I mean) you need to read this book. Equally, as Adam was elected with an unmistakeable mandate (64% of the party's vote), if you want to know what Plaid Cymru is going to be about for the foreseeable future, you'd better study and digest this book.

In one sense of course Plaid Cymru will still be what it has always been. Not for the first time, I have been struck by the similarity between Adam and Gwynfor: respresenting pretty much the same constituency; their roots in evangelical Christianity; respectful of the Wales that is and has been and committed to the vastly different Wales that is to be; the appeal to history; internationalism in reference and outlook.

Look at the truly magisterial chapter here, 'Wales, the first and final colony', to be seen perhaps as the foundation stone of Adam's nationalist philosophy.

It is his Aros Mae. Having once read it, evidentially striking, analytically searching, who dare quibble about the claim that Wales was for centuries a colony (first external and then internal) and that it bears the scars, constitutional, political, economic and cultural, to this very day? It is also a brilliant commentary on colonialism as such, in all its baleful manifestations.

But Adam is of not just a reincarnated Gwynfor. To begin with the context is different. For both of them Wales is a nation of limitless potential inhibited through its absorption by its powerful neighbour into a centralised, conformist state: in Adam's words 'a wealthy country that lives in poverty'. For Gwynfor there was only one solution: self-government. For Adam likewise the constitutional question (independence) is fundamental, but he operates in a Wales that has already achieved a significant measure of self-government. What bugs him is that the potential of this partially self-governing Wales will by 2021 have been stifled for 24 years in the embrace of a Labour-dominated one-party state. 'Labour in Wales is failing, and it will fail,' he says, and it is Plaid Cymru that must 'pick up the pieces'.

So Plaid simply must win in 2021, not because it seeks power for its own sake, but to put in place a 10-year programme of national transformation, setting in motion also an informed national conversation on Wales's constitutional status, culminating in a referendum on independence - bearing in mind that Scotland may well by then be independent and Ireland on its way to unification.

Note the sequencing. This is not old-fashioned 'everything will be great when we're independent' stuff. This is about national transformation as a precondition of independence. In this process Policy, based on innovative, radical, out-of-the-box ideas, is queen.

And here is another difference from Gwynfor. Adam is an economist and no mean technocrat as well as a visionary. Hence his long-thought-through ten-year plan to 'close Offa's gap'. Freeing ourselves from dependence on the not-so-munificent UK Treasury is essential, politically, economically and psychologically. Economics (green and sustainable of course, bearing in mind the central crisis of our time) moves centre-stage.

At this point enter entrepreneurialism. Here is a politician deeply embedded in Welsh socialism who respects and values enterprise. Adam is unequivocally committed to the redistribution of wealth in favour of the poor. However that in itself is not enough. We must indeed seek to create a 'sound economic life in which great discrepancies cannot occur', but we also need a 'new dynamic, a new synthesis between the social democratic values of old and the enterprise, innovation and creativity of a new generation'.

Finally, we have in the chapter significantly entitled, 'There is nothing wrong with Wales that Wales cannot put right,' a merciless exposé of the deficiencies of current governance and a recipé for fundamental reform. You cannot implement a coherent transformational policy programme, Adam is saying, unless your public service is fit for purpose, culturally as much as structurally. This is a First Minister-in-waiting who knows the score and intends to hit the ground running.

In conclusion I must briefly mention only some of the other characteristics that make Adam Price a politician of note: a highly absorbent and retentive, as well as penetrating, intellect; mastery of language and impressive literary skills; culture both rooted and cosmopolitan; an extraordinary range of knowledge and reference. Personally he has every reason to be supremely self-confident but seems to be not in the least bit conceited. He listens well, pays careful attention to advice and appreciates no-end the efforts of his supporters and predecessors. In his father Rufus's words to me, 'Adam is genuine'. Yet he can be devastating in his assaults on political opponents.

Recalling my opening words then my humble address to Plaid Cymru and the people of Wales would run as follows:

Recognise that now is the Hour
Support (in every sense) the Man and his mission
Buy, study and share his Book